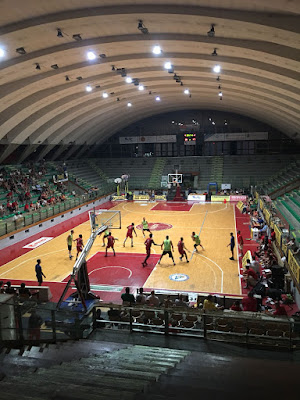 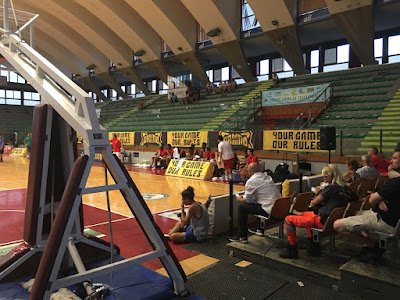 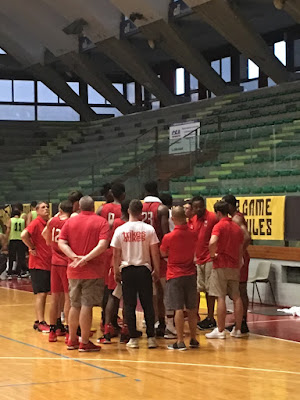 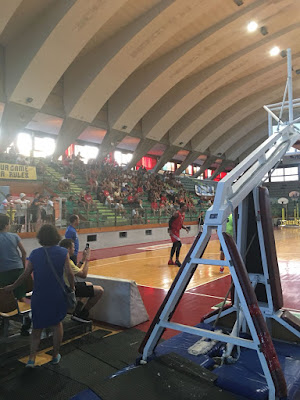 TO SEE MORE PHOTOS ON THE GAME, VISIT OUR SOCIAL ACCOUNTS: 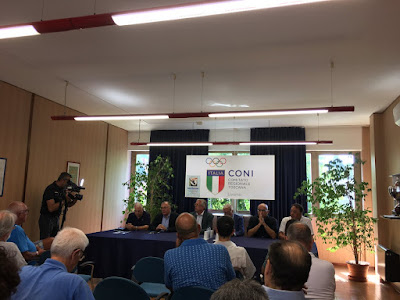 Now is really official: Italy vs Hungary, match valid for the qualifications to the world basketball championship that will be held in China in 2019, will be played on February 22, 2019 at the Amedeo Modigliani Forum in Leghorn
At the CONI headquarters in Leghorn a press conference was held to present the event in the presence of the vice-president of the Basketball Federation Gaetano La Guardia, the provincial delegate of CONI Giovanni Giannone, the president od the Regional Committee of the Basketball Federation Simone Cardullo, the vice-president of the Regional Committee of the Basketball Federation Massimo Faraoni, the provincial delegate of the Basketball Federation Renato Graziani, the councilor for sport of the Municipality of Leghorn Andrea Morini and the manager of the Modigliani Forum Riccardo Rossato.
The italian national team is missing in Leghorn, in an official match, since 1991 when it was played a friendly between Italy and Russia, with the Leghorn's Basketball players Alessandro Fantozzi and Sandro Dell'Agnello among the squad, who finished 109 to 105 for the "azzurri" in a shovel full of fans.
Unfortunately, certainly, the matches will not be part of the summons overseas Belinelli and Gallinari seen the season that will still be in progress in the NBA.
Surely it will be a great event that brings to Leghorn the basketball of the highest level, a vital match fo the qualification to the World Cup.
For tickets prices we still have to wait a little, we speak at least September, when the International Federation will make the inspection in the plant.