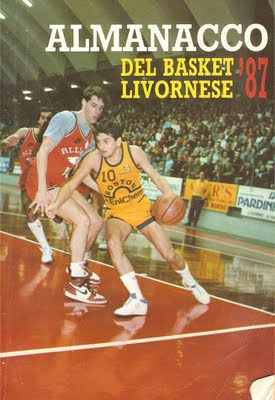 It's almost like a book "Once upon a time the derby...". The only two differences that come out to a first reading is that this almanac was written ten years earlier than previously mentioned and that "Almanac of the Leghorn's Basketball in 1987" using samples of the second post-war (1946/47) , while "Once upon a time the derby ..." since the early '30's also describing the Fascist era of the sport in our city. Written by prominent journalists such as Lorenzo Gremigni, Claudio Limardi, Luciano De Majo and Francesco Parducci is one of the few almanacs, if not the only one who speaks of basketball in Leghorn to the knowledge of all the glorious history of the movement. An almanac that the libraries of Leghorn's fans of this sport, can not miss!
SHOWTIME@ILBASKETLIVORNESE.IT WWW.ILBASKETLIVORNESE.IT
Pubblicato da ILBASKETLIVORNESE